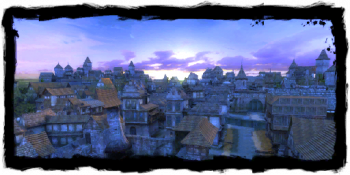 Βίζιμα, the capital of Temeria, is the largest city in the kingdom. It is located on the shore of Lake Vizima, at the intersection of important trade routes, one of which is a waterway. Owing to a developed network of roads, the city draws considerable profit from trade. By King Foltest's order, the city is governed by Burgomeister Velerad. The Trade Quarter is home to the wealthiest and most important inhabitants, and both the town hall and the main marketplace are situated there.

The Βίζιμα Trade Quarter is the part of the city where high society lives. These people generally dislike non-humans and people of lesser social rank than themselves, though there are some notable exceptions.

"Vizima's Trade Quarter is teeming with life. It is inhabited by the capital's social elite — nobles, wealthy merchants, townspeople, sorcerers, even Burgomeister Velerad himself. The cobbled streets are kept clean. The brick houses with flowers in the windows are huddled side by side on the narrow streets, testifying to the wealth of the inhabitants. After all, not everyone can afford a home in the best district, situated near the castle of Foltest himself! At the very center of the Trade Quarter lies a large marketplace, where merchants exhibit luxury goods from all over the world. Nearby stands an impressive town hall. Currently, due to the quarantine, only a few people with letters of safe conduct are allowed into this part of Vizima." 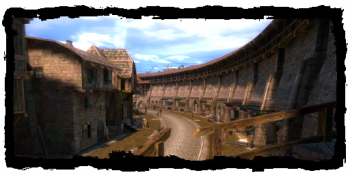 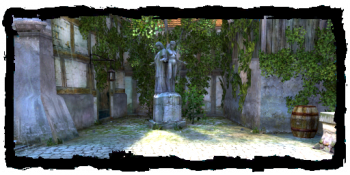