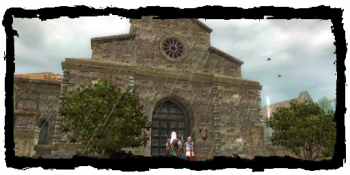 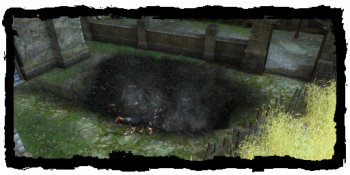 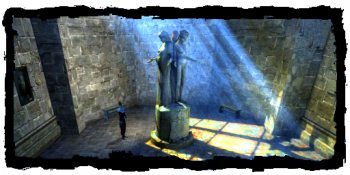 Saint Lebioda's hospital is one of the most prominent buildings in the Συνοικία του Ναού. It is bound to the north by Peddler Street, to the east, by Hospital Street and to the west by Heroes of the Guard Street. The grounds boast a lovely garden tended by the gardener, a former mercenary. It is also Shani's place of work.

The hospital, named after the prophet Lebioda, was set up in a former temple of Melitele. To this day a triple-bodied statue of the goddess stands inside. Nurses and novices work there, trying to help those struck by the plague. It is not a pleasant place, filled with the moans of the suffering and the stench of their excretions. Those who do not survive the disease, meaning the overwhelming majority, are thrown into a pit behind the hospital. Every once in a while, the bodies are burned to prevent the plague from spreading. Recently the Order of the Flaming Rose placed the hospital under its protection.