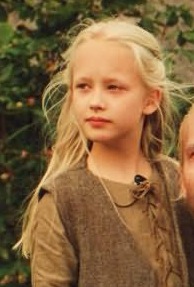 Νόμος της Έκπληξης, a custom as old as humanity itself, is the price a man who saves another can demand. It is a request for something which neither the saviour nor the saved knows the nature of, until the saved man saved returns home. Typically this ends up being a child born while the father was away and more often than not, a boy — though there were at least two girls, Pavetta and Ciri.

"the first thing that comes to greet you"[επεξεργασία | επεξεργασία κώδικα]

When requesting "the first thing that comes to greet you", the price could be the likes of a dog, a halberdier at the gate or "a mother-in-law impatient to holler at her son-in-law when he returns home".

"what you find at home yet don't expect"[επεξεργασία | επεξεργασία κώδικα]

When requesting "what you find at home yet don't expect", the price could be a lover in the wife's bed, but sometimes, a child.

>These events are told in the short story Η Ερώτηση της Τιμής.