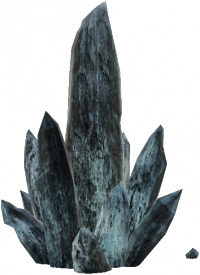 The Yrden Sign is a simple magical sign used by witchers. It forms a magical trap on the ground that triggers a limited number of times when traversed by a foe casing knock back, damage, and a chance of inflicting status ailments. 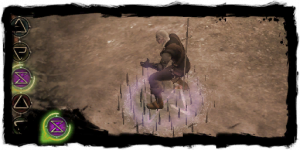 In the game, Yrden represents the fifth element, whether one calls it Idea, Spirit or Magic. Thus it makes sense that its icon appears as an amalgamation of the icons for the rest of the Signs. It is a Sign Γκέραλτ makes by drawing a symbol on the ground or the floor. The witcher's skill with the sign is developed through the allocation of talents.

Tip: When enhanced, Yrden also causes damage to opponents and can poison and weaken them. It is best used in combination with other signs. It is also an excellent way to weaken a "quick" foe so that it's more difficult for it to avoid strong style attacks.

Later on, visiting the Circles of Elements attributed to Yrden grants Γκέραλτ the Blessing of Magic.

Circles of Elements dedicated to the Yrden sign include: 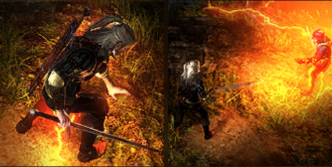 Yrden is a magical trap placed on the ground, which will wound and immobilize opponents. The sign's basic level allows you to place a single yrden sign on the ground.

After upgrading it, you'll be able to place up to three yrden signs at a time. Another, seperate upgrade, will also make multiple Yrden traps work in unison, creating a barrier that Γκέραλτ's enemies are unable to pass through.

Yrden is also used in the battle with the kayran to trap one tentacle at a time in order to sever it.