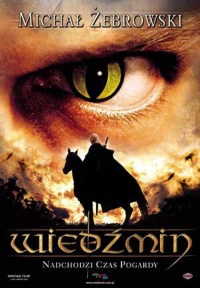 The Hexer (Polish: Wiedźmin) is a 2001 ταινία based on the Μάγιστρος short stories by Andrzej Sapkowski. It was directed by Marek Brodzki, written by Michał Szczerbic, and produced by Lew Rywin. The role of Γκέραλτ was played by Michał Żebrowski, and the music was composed by Grzegorz Ciechowski. The film is essentially the then-unreleased τηλεοπτική σειρά chopped down to about 2 hours, and it received very poor reviews from both fans and critics.

The makers of the τηλεοπτική σειρά and ταινία made many changes to the plot of the Witcher short stories, the major ones being: