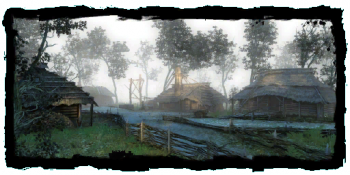 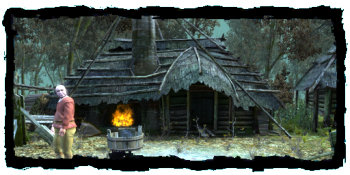 The Brickmakers' village is barely a hamlet. The handful of huts huddled together around the remains of the Old Road in the south-eastern part of the swamp, just north of the landing are not much to look at. The brickmakers go about their daily routine, worshipping the Water Lords and making bricks in the clay pits south-west of the village. They do their best to avoid the many hazards of the swamp: the drowners, drowned dead, bloedzuigers and echinopsae. Sometimes kikimora even dare enter the village, though those usually shy away from human civilization.

Vaska's hut is the centre of the village, housing a shrine to the Water Lords as well as being her place of residence.

In the area immediately adjacent to the village, there are also two mysterious, ancient obelisks, assigned to Neh'tza and Maal'kad.