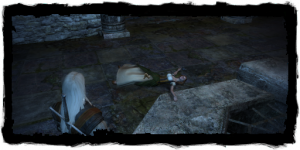 Ilsa was a woman from the Outskirts of Vizima whom the guard, Mikul, fancied. Hers is but one sad story Γκέραλτ uncovers during his stay in the Outskirts.