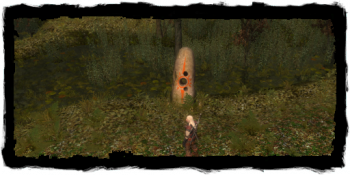 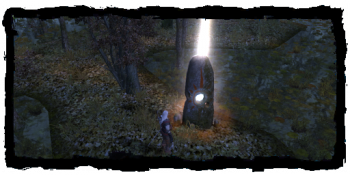 In The Witcher there are ten strange obelisks, or monoliths, scattered about the swamp outside Vizima. They are covered in illegible markings and are obviously not naturally occurring. They are:

These large stones pulse with magic, but initially their purpose is unknown. This does not last long, however, as Γκέραλτ learns more and more about Vizima, its surroundings, its inhabitants, and of course the criminal element. Our hero soon learns that these monoliths, and the correspondingly named sephirot are the key to opening the strange, abandoned Mage's tower.

Note: If you hover your mouse over the red markers on the map to the right, the name of the obelisk will appear.