The Price of Neutrality

"The Price of Neutrality" (Ελληνικά: "Η Τιμή της Ανεξαρτησίας") is a premium module for The Witcher computer game, created by CD Projekt and released on April 10, 2008, together with the D'jinni Adventure Editor. The original adventure required 1.3 patch to work, but had no voice acting. The next patch, version 1.4 or The Witcher: Enhanced Edition, added a second premium module, "Παρενέργειες", and voice acting for both modules.

While the plot itself is new, the locations were originally meant to be included in the main game, but were cut from the final version. 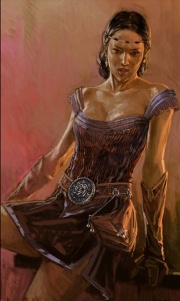 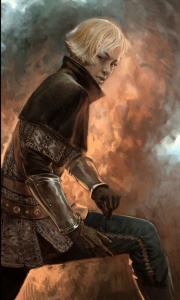 The famous bard Νταντέλιον has stopped by at an inn. Naturally, the patrons wish to hear a ballad and so he sings the lay of the "Bitter, Evil Hearts".

Set in the fall of 1232 in the valley surrounding the Kaer Morhen stronghold, the ballad finds Γκέραλτ coming back to the Μάγιστροςs' base of operations for the winter when he unexpectedly spies a small camp just outside the stronghold. This comes as quite a surprise since the way to Kaer Morhen is a closely guarded secret. One could count on one hand the number of non-witchers who know the way.

At the camp, Γκέραλτ meets a nobleman named Merwin Ademeyn and a μάγισσα named Sabrina Glevissig, who, along with a band of hired mercenaries, are trying to find a young woman staying in the stronghold.

Born under the Black Sun and prophesied to ruin the world, Deidre is Eskel's surprise child and rightful heir to the throne of her own (unusually feminist) country. Her brother, the nobleman who also happens to be second in line, wants to make sure she will not have the crown. Sabrina wants to kill her as well, but for her own reasons. She wants to examine the girl's body and discover the truth about the Black Sun — being The Witcher, Γκέραλτ has to choose with whom he sides.

Γκέραλτ has ample opportunity to consult with this fellow witchers: Eskel, Lambert and Vesemir who are all wintering at the old fortress. He will also have time to get to know both Deidre and Sabrina much better before finally making his decision.

The story shares many similarities with the short story "Το Μικρότερο κακό".

The story also quotes quite a lot about the Black Sun and the girls born under it, and the discussions Γκέραλτ may partake in with Sabrina Glevissig are more or less a repetition of the ones he shared with Stregobor, whereas certain parts of the dialogue exchanged between Γκέραλτ and Deidre echo conversations between Γκέραλτ and Renfri. There is even a book within the game called The Curse of the Black Sun.

Sabrina Glevissig herself is a character that appears in the Έπος του Witcher.

"The Price of Neutrality" takes place before the Έπος του Witcher, even though in the books Γκέραλτ first met Sabrina on the Thanedd Island, in Time of Contempt.

The mention of the duchy of "Vspaden" in the journal entry for Kaedwen is an error based on a fan-made map from Andrzej Sapkowski Zone, even though CD Projekt RED created a more correct map of their own for the game, which does not include it. The fan-made map includes the duchy based on a (misspelt) reference to Yspaden in "Το Μικρότερο κακό". According to Andrzej Sapkowski's own notes, which were released after the map was created, Yspaden is a city in Redania.

This being a ballad and knowing Νταντέλιον's tendency to artistic license, this might explain the inconsistencies. Perhaps it is even his version of "Το Μικρότερο κακό". 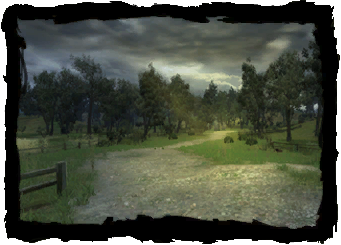